Arab local leadership and high-level Israeli government officials recently gathered for a three-day conference to discuss progress and barriers in implementing GR-922, the unprecedented five-year national economic development plan for Arab society. The conference was organized by the Arab Mayors’ Forum in cooperation with the Ministry of Social Equality, which includes the Authority for Economic Development of the Arab Sector, and was held June 25-27 in Neve Ilan. A number of NGOs working closely with the Arab Mayors’ Forum also participated: Sikkuy, INJAZ, the Arab Center for Alternative Planning, the Galilee Society and Mossawa.

With the five-year plan entering its last year in 2020, there is greater urgency in resolving some of the priority areas where complex barriers or delays have impeded significant implementation. These include urban planning, housing, crime and violence, as well as the area of health, which was not included in GR-922. Despite some frustrations and disagreements over challenges, senior government officials and Arab mayors alike recognized the significance of this opportunity, acknowledged the progress achieved so far and the new level of partnership and dialogue, and expressed a shared commitment to seeing through as many areas of implementation as possible. 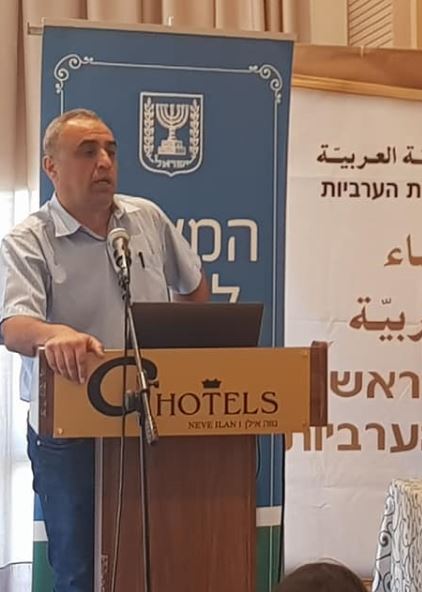 Participating mayors and civil society activists noted that the level of discussion, the depth of knowledge, the mutual respect between government officials and Arab local leadership, and the atmosphere of professional partnership throughout the conference were significantly elevated from even a few years ago. While implementation of GR-922 is complicated and has encountered barriers, progress in some areas is already apparent and solutions were discussed in a focused and concentrated way that is in itself considered an achievement.

Shaul Meridor, Director of the Budget Department of the Ministry of Finance, spoke of the government’s commitment to closing economic gaps and to continuing to strengthen the relationship that has developed with local Arab leadership. “Every day that passes in which 20 percent of all high-tech engineers in Israel are not Arabs is a huge loss to the country and huge miss for us at the Ministry of Finance,” he said. Meridor added that GR-922 is the first step in a long path toward closing gaps and spoke of the importance of building trust between Arab society and the national government.

Chair of the Arab Mayors’ Forum, Adv. Muder Younis, Council Head of Ara-Ar’ara, opened the conference by noting the progress in parts of GR-922, but also spoke of barriers impeding full implementation, especially in the area of housing and urban planning. In the name of the Forum, he made a public demand that the upcoming expected budget cuts to various government services not include GR-922 and other development budgets related to Arab society.

Conference sessions included discussions of all areas receiving government funding through GR-922, examining progress, including implementation data and insights, as well as barriers and proposed modifications to the plan. High-level government officials from all relevant ministries, representatives of the Mayors’ Forum and civil society experts, presented data regarding GR-922, as well as insights regarding progress, barriers and modifications. There were presentations by the Ministries of Finance, Interior, Education, Economy, Housing, and Transportation about the status of implementation, as well as areas in which new government programs are being planned for the future, such as the Ministry of Health, not included in GR-922. 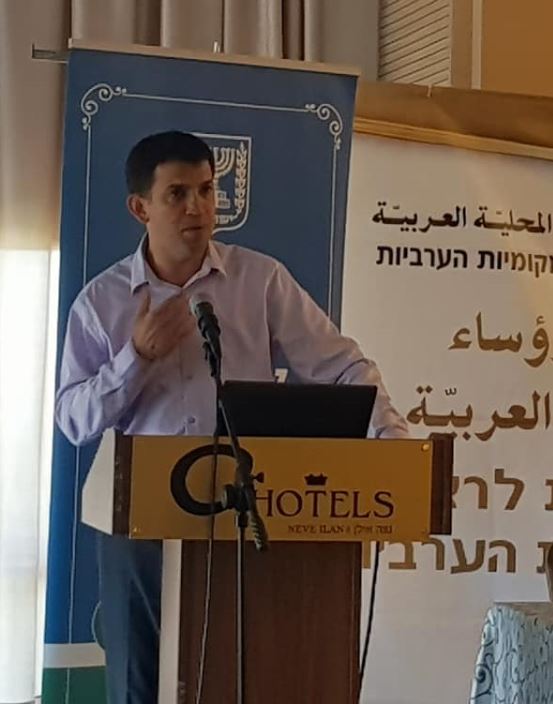 The dozens of participating Arab mayors from throughout Israel spoke of challenges they face and offered suggestions for enhancing cooperation and plan implementation. They discussed encountering government bureaucracy, lack of local capacities to put programs into practice, and financial challenges due to government payment for certain programs only after they are implemented. They also lamented that GR-922 does not include several major issues affecting Arab citizens’ everyday lives, such as welfare. As a result of all these factors, they said, their residents are not seeing enough progress on the ground to develop trust in the central government nor in their own local leadership. Mayors explained they need to be seen as acting on behalf of their constituents and need to show economic progress and local benefits, especially when, in parallel, they are enforcing higher tax collection rates, making changes in zoning and land use, and making budgeting allocations decisions, in order to implement the economic development program.

Each panel was then followed by an open, professional and candid discussion, in which mayors and experts asked government officials for clarifications, data and further information, suggested next steps, and engaged in practical discussions on how to enhance their cooperation and partnership to ensure better implementation of the plan’s programs. Many noted that the openness and responsiveness of participating government officials was impressive and conducive to trust building.
Some areas discussed include: