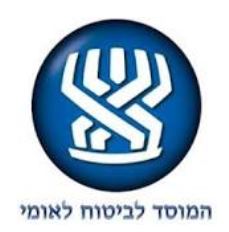 In December 2019, the National Insurance Institute (NII) of Israel published its annual poverty report (Hebrew), presenting data on the scope, degree, and characteristics of poverty in the country for 2018. The report shows that despite rising employment rates and gradually rising salaries, poverty in Israel “is, to a large extent, treading in the same place” when compared to 2017, after a significant decrease in poverty rates between 2009-2013.  As a result, Israel maintains its position on the OECD scale with one of the highest poverty rates compared to other developed countries, with even higher poverty rates among children.

Poverty rates rose among Arab citizens, but the depth and severity of poverty decreased by several percentage points as they did nationwide. However, the data about Arabs may not present a comprehensive picture as the current report includes a “problematically small sample” of East Jerusalem Arab residents, about half the number of interviews from last year’s report. According to the authors, this has “probably led to distortions in the results.”

Nationwide, the rate of poor families with two incomes (excluding residents of East Jerusalem) rose this past year from 12.6% to 13. The report cites as a factor the entry into the labor market of economically weaker populations that are employed at part-time rates and at lower wages, which includes Arab citizens. The report authors write that these poverty rates are “disturbing in light of the state’s efforts via a pro-active employment policy, ongoing increases in the minimum wage,” as well as recent increases in a number of state allowances (e.g. for the elderly, for people with disabilities) and campaigns to encourage family savings (e.g. via a “saving for every child” program). The researchers write of “partial and too-hesitant use of these [state] policies,” and they recommend strengthening the welfare system and the National Insurance Institute within it, as well as changes in the government formula that ties government benefits to work while ensuring a safety net against poverty.

The incidence of poverty among Arab families (excluding residents of East Jerusalem) rose at a slightly higher rate than the overall population in 2018, from 42.6% in 2017 to 44.2% in 2018, whereas it had declined in recent years. Similarly, poverty rates rose among Arab individuals and Arab children by 2% and 3% respectively.

Nationwide (without East Jerusalem), poverty incidence among working families increased slightly by 0.4 percentage points, though these too experienced increased depth and severity of poverty. According to the report, once explanation for this fact is the integration into the labor market of new employees – for example from the younger population and from Arab society, with significant overlap between these two groups – at minimum wage and part time positions.

Overall, salaries in Israel rose this past year by 3%, except among employees in sales and service positions. Among professionals there was a significant variance in pay increases, as salaries for employees with an academic degree rose 9.4%, and those in technical professions by 6.5%, while increases were more modest for those working in agriculture, in non-professional labor and in administrative positions. As Arab citizens are over-represented in part-time, minimum wage and non-professional jobs, their salaries as a group did not increase at the same rate as the nationwide average. While higher education and employment rates are rising among Arab citizens, these gains have not yet translated into overall economic advances for Arab society.

Overall, Arab, Haredi, and large families (a category that includes both demographics) remain the poorest in Israel. Although 80% of Arab households are working households, a percentage in line with national employment rates, Arab society is economically weaker than Jewish society, with Arab citizens over-represented in lower-paid jobs and under-represented in skilled positions.

The researchers write that the standstill in poverty rates is “disturbing in light of the state’s efforts via a pro-active employment policy, ongoing increases in the minimum wage” and new policies over the past decade that have increased a number of state benefits for groups such as the elderly and people with disabilities, and that have encouraged family savings. The authors contend that there is a “partial and too-hesitant use of these [state] policies,” and they recommend strengthening the welfare system and the National Insurance Institute within it. They also recommend changes in the government formula that ties welfare benefits to unemployment to maintain the incentive to work while ensuring a safety net against poverty.

Among public responses to the poverty report, many writers discussed the government’s role in providing greater social safety nets (Hebrew( and upgrading basic infrastructures such as the Arab and Haredi education systems (Hebrew). At the same time, some writers claimed that the calculation of data about workers in part-time positions in the same way as that about full-time employees distorts the results of the poverty report, and that the results paint a more dire picture than is accurate, especially as some Arab citizens do not report their real economic situation so that they continue to receive government benefits (Hebrew). Others claimed that the close connection between large families and poverty means that entire communities in Israel – such as Haredi and Arab citizens – are poor “out of a cultural or community choice” (Hebrew). Many mentioned the political standstill of the past year as resulting in “a lost year” in the fight against poverty in Israel (Hebrew).

ACRI's distributes position paper on making Jewish identity of the state a Basic Law
In recent years, several proposed bills sought to enshrine a Jewish definition of the state's identity and character in t ...
Council for Higher Education holds conference on access for Arab students
Following the 2012 launch of its plan to enhance access to higher education for Arab students, the Israel's Council for h ...