In recent years, the benefits of bringing Israel's Arab citizens into the country's main economic engine—the high-tech industry—have earned wide recognition for the potential to both fill a domestic shortage of industry talent and close socio-economic gaps in Arab society. Integrating Arab citizens into the industry not only connects these communities to some of the country’s best jobs, but grows the labor force for an industry that has been sending jobs offshore. While government investments into closing economic gaps between Arab and Jewish citizens have been growing since the mid-2000s, few investments were focused on high-tech.

In 2020, Tsofen, a joint Arab and Jewish organization that promotes tech in Israel's Arab society, will develop a work plan to integrate Israel’s Arab society into its most lucrative industry as part of the next stage in the five-year governmental budget for Arab society. How has high-tech integration advanced over the last decade? Whi is it a socio-economic priority? What ways can inclusion in government budgets help overcome remaining barriers to integration?

Join us on February 18 to explore these questions and hear from Tsofen's Co-CEOs, Sami Saadi and Revital Duek, about the importance of integration into Israel's high-tech sector.

Co-hosted by the Inter-Agency Task Force on Israeli Arab Issues and Natan. 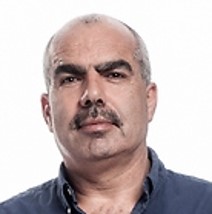 Sami Saadi, Co-CEO and Co-Founder, is a community leader in the Arab society in the Galilee, involved with social and cultural NGOs promoting coexistence between Jews and Arabs in Israel, such as “Shchenim” (Neighbors). Sami earned his MA and BA in Accounting and Economics from the Hebrew University in Jerusalem. 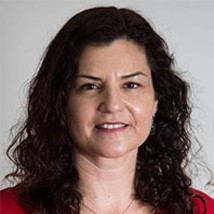 Revital Duek, Co-CEO, joined Tsofen in September 2019, bringing over 20 years of hi-tech experience in engineering and managerial positions. Revital holds a BSc from the Technion, an MBA from Bar Ilan University, and is a PhD Candidate in Gender Studies at Bar Ilan University. She is also an alumna of the Mandel Institute and the U.S. State Dept. International Visitor Leadership Program.