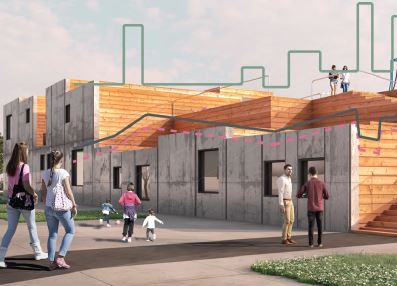 Most of Israel’s mixed cities face complex social and economic challenges while representing some of the greatest opportunities to strengthen Jewish-Arab relations. In recent years, American-style community development models are being explored as a way to connect affordable housing projects to broader urban revitalization and social cohesion goals.

In January, the Ramat Eshkol neighborhood in Lod, one of Israel’s lowest-income neighborhoods, will be the site of a public-private revitalization pilot, including mixed-income housing, public schools and facilities, and social services. Can such projects address the needs of a mixed Jewish and Arab population? Will this new model effectively enhance economic opportunities?

Join us on January 16 to explore these questions and to hear from the project’s local civil society and government leaders, Avital Blonder of JINDAS and Ben Mayost of the Lod Economic Corporation, and renowned American urban revitalization expert Richard D. Baron about the prospects and scalability of such community development initiatives in Israel.

Co-hosted by the Inter-Agency Task Force on Israeli Arab Issues, UJA-Federation of New York and the Jewish Funders Network. 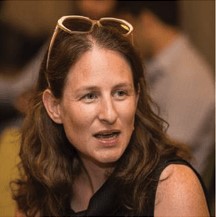 Avital holds a BA in psychology and a Mandel Social Leadership MBA, both from Ben Gurion University; and is a graduate of the Maoz Fellows program. Avital established and managed the student branch of Pa’amonim, a non-profit to help families achieve financial stability and security; and founded the Derech Lod Young Community. Previously, Avital worked for the Moses Wolfowitz Foundation as part of the Lamerhav program, which addresses the needs of young Israeli adults lacking a family support network. She is active in the fields of urban regeneration, education, strengthening civil society, promoting equal rights and increasing social cohesion in various communities in Israel. 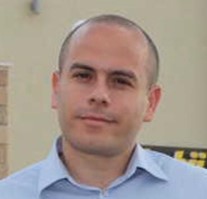 Ben is the CEO of Lod Economic Company Ltd, one of the largest municipal public corporations in Israel. Ben has led the formation of the city's strategic agreement with the Israeli Government to an unprecedented amount of 8.5 Billion NIS, and is now managing its implementation at all stages starting from planning and execution. This agreement and other activities will double the Lod's population in less than a decade, by the construction of large-scale neighborhoods of approximately 20,000 apartments and employment areas of 2.5 million square meters, as well as promoting huge complexes for urban renewal in the city's old neighborhoods. Ben holds an LL.B in law from the Hebrew University and an M.A n public policy from Tel Aviv University. Ben completed his internship at the Supreme Court and is a member of Israel’s Bar Association. Ben Mayost is a cum laude graduate of the Civil Service Cadet Program. As part of the program, he worked in the Prime Minister's Office and in the Defense, Justice and Home Affairs Ministries. Prior to his current position, Ben officiated 6 years as CEO of Acre Economic Company, where he led a series of systemic changes in the city, including, but not limited to: development and management of the Ancient City, revitalization of coastlines and construction of mega projects such as the coastal promenade, the new stadium, the extreme park, the Turkish bazaar, new neighborhoods and more. Ben was born in Acre, he is 38 years old, a father of four and married to Hila. Richard is a leading urban real-estate development company focusing on revitalizing neighborhoods throughout the United States. He is Co-Founder and Chairman of McCormack Baron Salazar which was founded in 1973 and redevelops blighted areas and areas of concentrated poverty into economically-integrated communities. The firm has been closely involved in the formation of the Department of Housing and Urban Development’s HOPE VI and Choice Neighborhood Programs and, under those programs, has revitalized over 30 former public housing sites into thriving, economically-integrated, safe communities. The firm has also received allocations of New Markets Tax Credits, which have been used for economic development, provision of social services, healthy food initiatives, educational investments and job creation in revitalizing communities. In addition to his leadership of McCormack Baron Salazar, Mr. Baron was the co-founder and co-chairman of the Vashon Education Compact, a partnership of the St. Louis Public Schools and major corporations, and he is the founder and developer of The Center of Creative Arts (COCA), in University City, Missouri. In 2003, he established the Center for Urban Redevelopment Excellence at the University of Pennsylvania.