A year of back-to-back, too-close-to-call elections has thrust Israel's Arab parties and electorate into an unprecedented spotlight with political influence. How does this reflect Arab citizens' changing interests and priorities? What impact has the drive for deeper Arab political participation had on Israeli discourse overall? How have government economic integration efforts been able to advance in parallel? Join us for an insightful day of shared learning with leading Israeli presenters. 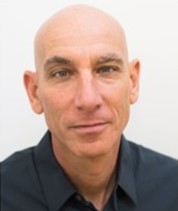 Aluf is the editor-in-chief of Haaretz, one of Israel's oldest and most respected newspapers. Since 1989, Aluf has held several writing and editing positions in the paper, including diplomatic correspondent, chief news editor and opinion editor. He covered six Israeli prime ministers from Yitzhak Rabin through Benjamin Netanyahu's second term. His work has appeared in The New York Times, The Washington Post, Foreign Affairs, Newsweek, and The Guardian. He holds a joint MBA degree from the Kellogg School of Management at Northwestern University and the Recanati School of Business at Tel Aviv University. 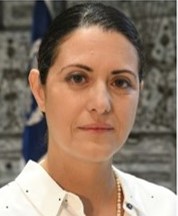 Mariam is Israel’s National Commissioner for the Equal Employment Opportunities Commission (EEOC) within the Ministry of Employment, Welfare and Social Services. She is currently the highest-ranking Arab woman in Israel’s civil service. As the National Commissioner of the EEOC, Commissioner Kabaha is primarily responsible for promoting equality and eliminating discrimination in the workplace, including by gender, age, nationality, and sexual orientation. She is responsible for public awareness of the requirements of EEO law and legal definitions of equality; handling complaints concerning discrimination, and discrimination litigation against employers. Upon her appointment, Commissioner Kabaha said that she would seek to increase diversity and inclusion in the Israeli workforce in both the private and public sectors, with the goal that the population’s diversity will be reflected in both spheres. Before this appointment, Commissioner Kabaha served as Regional Commissioner for the city of Haifa and the Northern District of Israel from 2010 to 2016. She also served as the Economy Ministry representative director on the board of Ashra, the Israel Foreign Trade Risks Insurance Corporation. Additionally, she was a member of the steering committee for the Collective Impact initiative on the employment of Israeli Arabs and was a member of the Haifa municipality forum on advancing the employment of women. From 1999 to 2010, Mariam Kabaha was a partner in private legal practice specializing in civil and administrative law and commercial litigation. 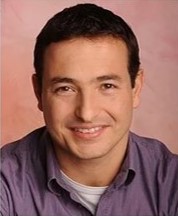 Eran is a distinguished and authoritative voice in the exploration of the psychological roots of intergroup conflicts in Israel and worldwide. He is full professor at Hebrew University of Jerusalem and the head and founder of aChord: Social Psychology for Social Change. He also leads the Psychology of Intergroup Conflict and Reconciliation (PICR) Lab, which is devoted to the study and development of social-psychological interventions to improving intergroup relations. Eran has spent years exploring psychological and political theories to investigate the many aspects of intergroup conflicts. In 2012, he was awarded "Most Promising Young Political Psychologist" in the world by the International Society of Political Psychology. The majority of Eran's studies focus on the role of emotions and emotional regulation in determining public opinion towards peace and equality, as well as war and discrimination. Eran believes in "bottom-up" processes, as well as in the power of the people to create social change and his work is focused on public perspectives the ways through which social change can be set in motion towards democracy and peace. The unique case of Israeli society (and the Israeli-Palestinian conflict in particular) motivates his work and inspires his thinking. The majority of his studies are conducted within the context of this natural laboratory. He is a graduate of the University of Haifa with a Masters and Doctorate in Political Science Summa Cum Laude, a postdoctoral scholar at Stanford University, and a Fulbright Scholar. Since completion of his Ph.D., Eran has published over 130 academic papers and three books. He is a frequent lecturer on the worldwide stage. 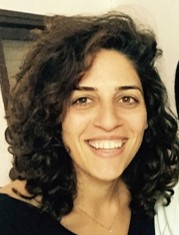 Rula is the Co-National Director of Standing Together, a progressive grassroots movement that mobilizes people around issues of peace, equality, and social justice. She started her activism in her current city of Lod around issues of women’s rights and gun violence and promoting partnerships in mixed cities. Rula worked as a community organizer at Standing Together for two years where she produced numerous events and organized protests with hundreds of activists before being appointed a Co-National Director alongside Alon Lee Green. Rula previously worked as a trained speech pathologist.