Israel's Arab Minority and the Second 2019 Elections: Outcomes and Discourse on Political Participation 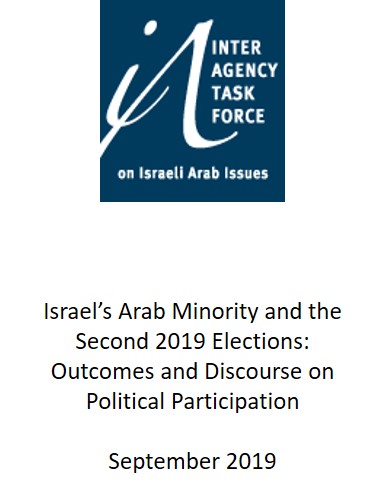 Israel’s second national elections of 2019 drew 10% more Arab voters than the April elections, earning the Joint List 13 seats (up from 10) and making it once again the third largest party in the Knesset. In contrast to 2015, when the Joint List first formed and also won 13 seats, the highly polarized campaign cycles along with the lack of decisive results in both 2019 races have contributed to rapidly changing discourse about Arab political participation in national government, both within Arab society and in the Israeli mainstream. This brief provides official election results and highlights from the discourse that followed, focusing on Arab voter participation, the changing role of the Joint List, and discourse on potential for political partnership.