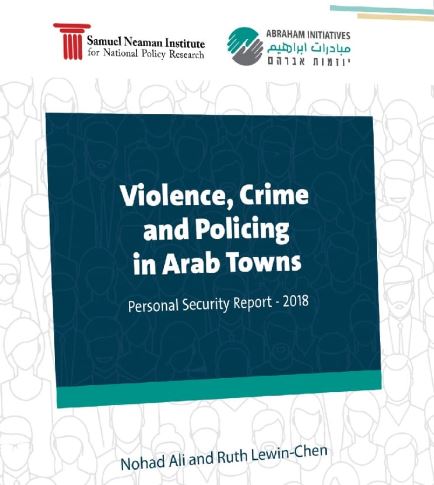 Crime, violence and police relations within Arab society in Israel has increasingly become a top-most priority for Arab and Jewish public and civil society organizations. In recognition of the sharp rise in violent crime over recent years, The Abraham Initiatives (TAI) published their second annual index on personal security in Israel’s Arab society. The 2018 Personal Security Index: Violence, Crime and Policing in Arab Towns aims to “provide readers with an up-to-date picture concerning attitudes among Arab citizens on issues relating to policing and violence.”

The primary results of the survey concluded that 61% of murder and manslaughter victims in Israel in 2018 were Arab citizens – three times higher than their representation in Israel’s citizenry population; 26.6% of Arab citizens report that over the past year, they or their relatives were the victims of violent crimes, this includes beating, stabbing, or shooting; over one-third of Arab citizens (35.8%) have a sense of personal insecurity in the community where they live due to violence, this compares to just 12.8% among Jewish citizens; over 90% of Arab citizens report that illegal firearms are readily available; and the level of trust in the Israel Police among Arab citizens is 26.1%, compared to 42.2% in Jewish society. The Abraham Initiatives urges examining and addressing the root causes of violence, including what it describes as "discrimination and chronic neglect of Arab society." 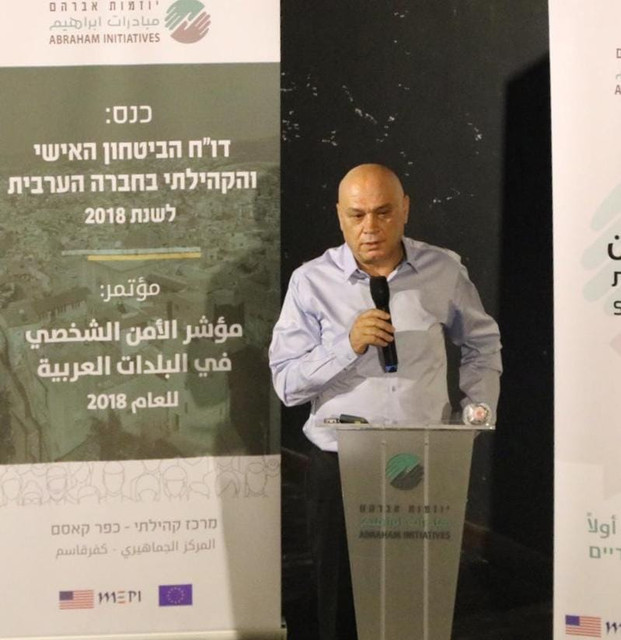 On July 23, the index was presented to mayors; MKs Ayman Odeh, Yael German and Issawi Frejj; and Deputy Commissioner Jamal Hakrush and other members of the police at the Safe Communities Personal Security Conference in Kfar Kassem. Attendees of the conference had the opportunity to discuss the findings and address the issue of crime and violence and offer recommendations for members of the community, civil society organizations, and police to improve the situation and find solutions.

Presented at the conference were recommendations to improve the personal security of citizens in Arab society: