For Muslims across the globe, including the 1.6 million Muslim citizens of Israel, observance of the holy month of Ramadan began this year on May 6 and will culminate with the celebration of Eid al-Fitr on June 4. Ramadan is a special period of reflection, prayer, charity, and family gatherings for Muslims. Building on and expanding their activity from previous years, civil society and government bodies in Israel use this month as an opportunity to enhance shared society and Jewish-Arab relations in Israel, fostering deeper understanding and connections.

An estimated 3,000 Jewish Israelis are expected to participate in Ramadan-related shared society activities such as the following:

Ramadan Nights Tours: Throughout the month of May, numerous Ramadan tours are organized, bringing hundreds of Jewish visitors to Arab localities for cultural encounters and personal interaction. Shared Paths (Drachim Shluvot), founded by Sikkuy, organizes tours in the Arab towns of Sakhnin, Taibe, Tira, Jaljulia, Um El Fahem and Shefar'am. Desert Magic, a joint initiative of the Ministry of Negev and Galilee, the Negev Development Authority and the Ministry 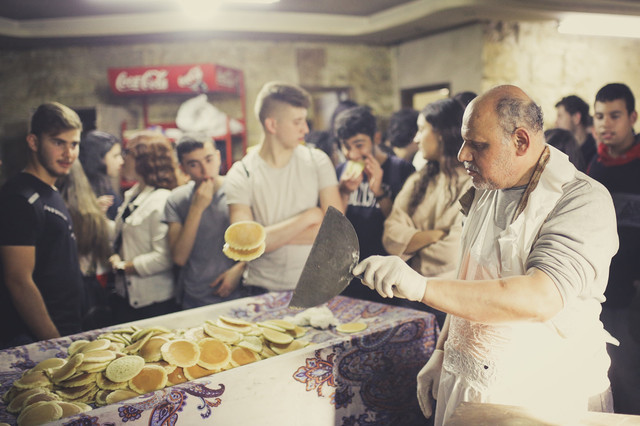 of Agriculture, is leading four events in partnership with the Rahat Municipality, Negev Era Industrial Park and the newly founded Rahat Economic Company. Ramadan Nights in Bedouin Villages in the Galilee, a new initiative of the Ministries of the Negev and Galilee, Social Equality and Tourism, invites people to visit Northern Bedouin villages, from Bosmat Tivon near Haifa, through Zarzir in the Jezreel Valley to Arab-El Aramshe on the Lebanese border, for drum sessions, dancing, parades and food. The Abraham Initiatives and is holding numerous tours to Arab towns for participants in its various programs and has also been making special efforts to enhance coverage of Ramadan in Hebrew media outlets (video). Likewise, Women Wage Peace are organizing tours and Iftar dinners in a variety of Arab localities, beginning with a large event in Um El Fahem. Special events and Iftar dinners: Various civil society organizations are inviting supporters, friends, and colleagues for traditional Iftar dinners, the evening meal that breaks the daily fast during Ramadan. Among these organizations are several organizations in Lod including the "Chicago" Jewish-Arab Community Center, Ort Scientific School and Citizens Build a Community; the Young Adults Center in Ramle, Tamar Center in the Negev, Tsofen: Building High-Tech in Arab Society, academic institutions such as the Ort Barude College Student Union, Rupin Academic Center, Achva Academic College and many others. The Hand in Hand bilingual school in Jaffa held an Iftar event for 600 people. Iftar dinners are also initiated by a number of mixed or neighboring communities such as by the Haifa Municipality and the Leo Baeck Center in Haifa, by the South Sharon Regional Council, by the Jerusalem Municipality and others. The Israeli Hope initiative and the Rothschild Caesarea Foundation will also hold a mass Iftar dinner at Bar Ilan University as the culmination of the annual Switch Day Initiative (Yom Bimkom) during which over 200 civil servants, professionals, artists, academics and students switch places for a day with someone from a different sector in Israeli society (Nas Daily video). 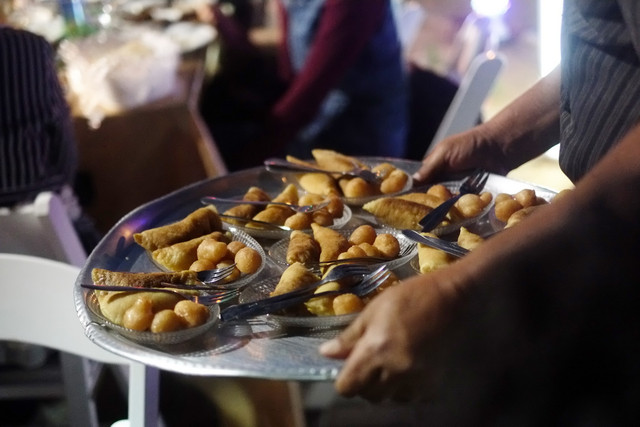 President Reuven Rivlin came to a special Ramadan tour of Taibe, organized by the President's Israeli Hope Initiative. Rivlin wrote on his Facebook page that this tour "exposed dozens of public servants from the worlds of education, academia and civil service to the traditions of Ramadan and the meaning of the fast for Muslims."