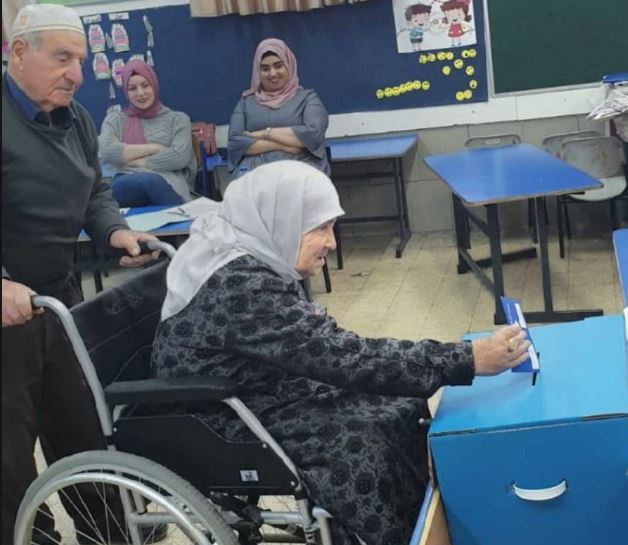 With 49.1% voter turnout[1] among Israel’s Arab citizens in the 2019 general elections, Arab-led party lists will have 10 seats in the 21st Knesset, three fewer than the 13 seats held by the Joint List. The MKs will be as follows:

In addition to the nine Arab MKs in these two lists (Ofer Kasif is Jewish), there will be three Arab MKs seated as part of Jewish-led lists: Lieutenant Colonel Patin Mulla, a Druze, is number 32 on the Likud List, and MK Issawi Freij is number four on Meretz. Journalist Ghadir Marih is number 25 on Kahol Lavan and the first Druze woman MK, joining Aida Touma-Sliman and Heba Yazbak as Arab women in the 21st Knesset.

The low Arab voter turnout, a decline from the 63.5% turnout in 2015, “is the result of a combination of disappointment and despair” brought on by a number of factors, including the breakup of the Joint List and dissatisfaction with political leadership; the passage of the Nation-State Law in 2018; divisive campaign discourse in which the legitimacy of Arab political participation was questioned explicitly; and the installation by Likud activists of 1,200 hidden cameras at polling stations in Arab communities.

Hadash Chair Ayman Odeh called the low turnout “a nightmare,” but following the elections, said, “Thank you to our voters – Arab citizens and Jews who believe in democracy – who went out to vote despite the incitement campaign, hatred and racist legislations.” But veteran journalist Jack Khoury wrote that “all the Arab parties…need to do some soul-searching,” joining other voices contending that Arab political leaders had not done enough to change the public perception that they were ineffective and removed from the concerns of their constituents.

The Abraham Initiatives pointed out that the low turnout and divisive discourse was “in sharp contrast” to the municipal elections last fall that brought out 85% of the Arab electorate. The organization stated that in the municipal elections of October 2018, “all seven mixed cities elected joint Jewish-Arab governing coalitions,” affirming growing interest in political partnership. The Abraham Initiatives stated that in the aftermath of the general elections, it intends to bring programs promoting shared society to these mixed cities.

At the opposite end of the spectrum, an Israeli public relations company claimed responsibility for the Likud initiative to place the hidden cameras at polling stations, which it said helped depress Arab voter turnout. “Thanks to us placing observers in every polling station we managed to lower the voter turnout to under 50 percent, the lowest in recent years!” the PR company, Kaizler Inbar, posted on Facebook. The Central Elections Committee ordered the cameras removed after Hadash filed a complaint about them on Election Day.

Meretz MK Michal Rozin and Hadash-Ta’al MK Aida Touma-Sliman called on Attorney General Avichai Mendelblit to investigate whether the cameras violated Israeli election law. Mtanes Shehadeh, who holds the second spot in Ra’am-Balad, said, “The goal [of the cameras] was intimidation and political terrorism against Arab voters.” Orly Adas, the CEO of the Central Elections Committee, said the committee would "look into" the use of the cameras and "draw conclusions" ahead of Israel's next general election.