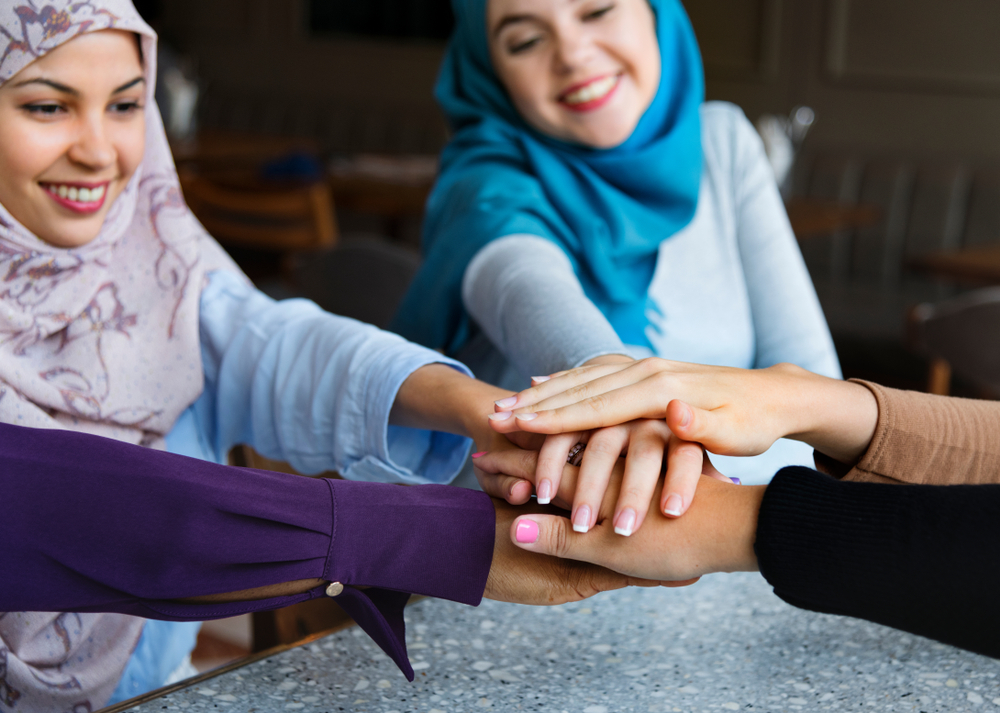 In recent years, efforts to adapt social and therapeutic interventions to the particular needs of Israel's Arab society through the government’s 360 National Program for Children and Youth at Risk in Israel have led to increased utilization of services and successful outcomes in some of Israel's Arab communities. These have included, for example, the successful establishment of a "warm home" for girls in Akko, a fathers' group for pre-school age children at risk in Shefar'am, and the first child-parent center for children with emotional and behavioral challenges in the Bedouin city of Rahat.

As part of its ongoing cooperation with Myers-JDC-Brookdale (MJB) since 2013, the 360 National Program commissioned from the institute three recently published studies about adapting social and therapeutic interventions for Israel’s Arab society.

The studies were commissioned in an effort to document how interventions have been adapted to Arab society; to balance theoretical knowledge among professionals in the field with insights gleaned from work with Arab communities; and to explore the aspects of Arab society that require approaches and practices to be adapted if they are to succeed.

The 360 National Program, an inter-ministerial program headed by the Ministry of Social Affairs and Services,[1] aims to mitigate factors that place Israeli children and youth at risk by enhancing and expanding intervention services in communities nationwide. The program operates in 185 localities, 85 of which are Arab and 10 of which are mixed Arab-Jewish.

The third study, Intervention Practices Adapted to Arab Society in Israel's Social Service System (full report in Hebrew), is based on a review of literature largely from the past decade and details characteristics of Arab society that affect intervention processes, including how services are utilized and received, and attitudes toward professionals.

The following summarizes the primary insights offered by the studies and highlights how they overlap and reinforce one another.

Arab society in Israel is a dynamic and diverse community with a traditional orientation, and one that is undergoing an ongoing transition from tradition to modernity. Both Arab and Jewish service professionals in Israel often struggle with tension between Western theoretical knowledge acquired during training and the more traditional aspects of Arab communities and families.

Some cultural factors identified by the “Intervention Practices” study as affecting social service interventions in Arab society include a tendency to emphasize the present and tangible over more abstract future goals; the influence of collective social approval; agreement with a therapeutic professional out of respect for authority; reluctance to express emotions or share private matters with strangers; and the role of religion in analyzing and solving problems—including a strong sense of ‘fate‘ in determining outcomes.

In addition to these cultural factors, the low socio-economic status of most communities within Arab society demand a higher degree of flexibility, creativity, and investment from program professionals while implementing therapeutic services.

Two studies in the series "360 – The National Program for Children and Youth at Risk Learns from Success" focused on the Arab and Bedouin populations. Each study examined three success stories from the implementation of 360 programs that demonstrate the impact of culturally adapting intervention practices, indicating regular involvement by participants and showing that the adaptations succeeded in engaging populations who might otherwise have avoided interventions.

The three successful intervention stories within the Arab population included the integration of fathers in the Family Experience Program in Shefar'am, in which eight fathers were consistently engaged in a parent program for preschool-age children at risk; the establishment and operation of a "warm home" for girls at risk in Akko, in which 70 percent of the girls in question participate regularly; and a mothers' group in Qalansawe, in which mothers were successfully engaged in a discussion series on sexuality and sexual assault.

Case Study: The integration of fathers in the Family Experience Program in Shefar'am is considered a success, as most Arab fathers do not attend or involve themselves with parent programs. Mothers often report lack of cooperation, appreciation, and communication with their husbands in implementing professional help to care for their at-risk children.

As a result of the adaptations, eight out of 15 fathers consistently participated in the meetings, some participated in activities in the home as well, and mothers reported better cooperation and communication between themselves and their husbands. Families in the program also formed lasting relationships and became acquainted with other resources in their municipality such as the library and theater.

Some of the guiding principles for integrating the fathers included:

The three successful intervention stories within the Bedouin population included the establishment of the first child-parent center in Rahat, which provides services for children with emotional and behavioral problems and their parents, and is now working at full capacity; establishment of a parents' program for first-grade preparation in Neve Midbar, which engaged 120 participants in the first year and 320 by the second year; and the development of a local intervention program for children with difficulties in early childhood education in Ar'ara-Kuseife.

Case Study: The parents' program for first-grade preparation in Neve Midbar is the first of its kind in this Bedouin regional council (comprising 4 towns), despite the prevalence of such programs in general Israeli society. Prior to the program, parents in the area were largely unaware of the importance of pre-school education and unfamiliar with how to prepare their children for first grade. The success of the program can be seen by the increase in participation, from 120 children in the first year to 320 in the second year, as well as in the active participation of mothers.

Some of the guiding principles for implementing the program included:

This report, separate from the two 360 program reports, summarizes cultural factors that affect attitudes toward intervention, as detailed above, and then explores and recommends strategies that address these aspects of Arab society.

Strategies to promote service use and efficacy

[1] Led by the Ministry of Labor, Social Affairs and Social Services in partnership with the Ministries of Education, Health, Immigrant Absorption, and Public Security. Additional partners in program implementation are the Federation of Local Authorities in Israel and JDC-Israel-Ashalim.

JDC international board visits Arab city of Tira as part of centennial celebrations
On May 19th, 35 members of JDC's international board participated on a Task Force-facilitated visit to  Tira ...
Toronto | Jews and Arabs in Israel: Investing in a Shared Future | Nov 3rd
Join the Toronto Federation to hear from government and civil society leaders on economic integration of Arab citizens.