Forbes Israel released their “30 under 30” list for 2021. This year, the list features a total of 60 people on two distinct lists: 30 promising young people in high-tech and 30 people across all other fields. These are people who inspire hope for a brighter future during a challenging year. Two Arab citizens were included on the list: 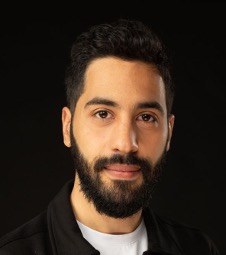 Natur is making a name for himself as one of the leading visual artists in Israel. Originally from Shfar’am in the Galilee, he received both his BA and MA from the prestigious Betzalel Academy of Art and Design and is now its youngest lecturer. Additionally, his pieces are on display throughout Europe as well as the Tel Aviv Museum and Umm Al-Fahm Gallery.

Natur has described his complex identity as an Arab citizen of Israel as an essential part of his art. Directly or indirectly, he often explores concepts including foreignness, juggling multiple identities, political, and gender. While it is an important backdrop, he also wants each piece to tell its own story. He explains, “There is an autobiographical aspect in every work of every artist, and it integrates naturally and organically. The main actor, the main motif is the desire- testing different scenarios and my attempt to make connections.” 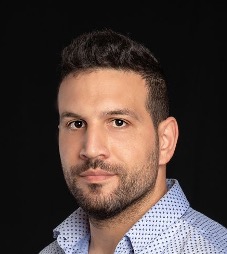 Khatib is currently pursuing a postdoctoral fellowship at Stanford, where he is developing a soft, flexible, waterproof, and self-repairing polymer. This innovative polymer, which can replicate skin, has a wide range of potential applications from medicine and prosthetics to robotics. Khatib has been widely recognized for his work, being published in some of the most prestigious journals and receiving numerous awards including a Fullbright Fellowship. He aspires to become a professor with his own research lab.  Regarding his work, he explains, “There are solutions for even the most difficult problems, you just need to look carefully and build technologies that play on mechanisms that exist in nature.”

Khatib began his academic career at the Technion, where he completed his doctorate in chemical engineering and worked as a research assistant. He grew up in Shfa’ram and cites his father’s support and encouragement to pursue higher education in the sciences as critical to his success.