In honor of International Women’s Day, Globes published a list of “50 Influential Women in Israel”, detailing diverse female representation in decision-making circles. In recent years, Arab women have been breaking barriers and advancing in the Israeli workforce - with more attending higher education and holding leadership positions than ever before. Reflecting this, four Arab citizens of Israel were included in the list. 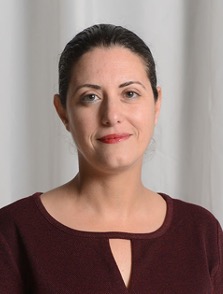 Mariam is the highest-ranked female Arab civil servant, having led The Equal Opportunities Commission since 2015. The Commission was founded in 2005 to address the gap between the labor laws that exist in the book and the reality experienced by workers. In her capacity, she provides legal advice and representation to employees, supports employers with workplace diversity and inclusion initiatives, and raises public awareness of the importance of equality. Mariam sees her work as fundamentally about building trust and reducing stereotypes to improve all Israelis’ experiences of the labor market and strengthen the entire economy.

The Equality Commission's primarily supports five populations: Haredim, Arabs, Ethiopians, older workers, and women. A majority of their work focuses on women, including discrimination based on pregnancy and parenthood and wage gaps.

Mariam shared that her ultimate vision is an Israel where a commission like the one she needs is no longer needed. She explained, “Israel's diversity is a tremendous advantage and a source of power, and for cultural and intellectual richness, we need it to push us forward, rather than letting it hold us back." 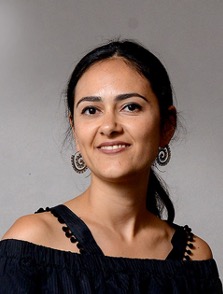 Nora founded Nurami Medical, a company working at the cutting edge of science: developing soft tissue substitutes in the body. The company was founded in order to develop patents held by Nora and her business partner, Dr. Amir Bahar.

Nurami Medical's first product is a dura mater repair graft. The dura mater is a thick membrane or connective tissue that surrounds the brain and spinal cord. If it is damaged during brain surgery it can be life-threatening. Nurami Medical has developed a nano-fiber-based graft of engineered tissue that can be placed in on the wound to prevent cerebrospinal fluid leakage while encouraging regrowth of brain tissue. The company has begun human trials and believes it will be approved for market as early as next year. 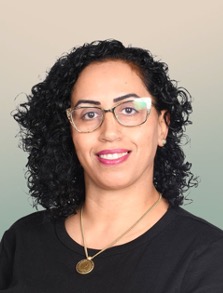 "I believe that personal safety is a basic right for everyone, and that is what motivates me every day," says Ola, who heads the Safe Communities Initiative at Abraham Initiatives, an organization promoting social and political equality among Jewish and Arab citizens of Israel.

The Safe Communities Initiative aims to improve the personal security of Arab citizens of Israel. As part of this effort, Ola works to improve police-community relations and build trust between Arab society and state institutions.

Prior to her current role, she led the Women and Young Leadership program at Abraham Initiatives. 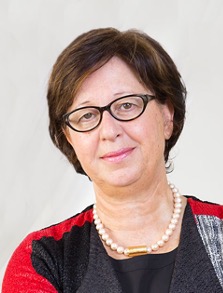 Julia, a longtime educator, became recognized as a leading Arab CEO in Israel when she began running her husband’s tahini company after his passing. As CEO, she turned the small factory in Nazareth not only into one of the most successful tahini companies in Israel but also into an international brand that generates around 50 million NIS a year.

In June 2020, Julia announced that the company would donate money to establish a help-line for the LGBT community in Arabic. It was the first time that an Arab-owned Israeli food company had expressed public support for the LGBT community and she received significant attention. Although her philanthropy led to a boycott from some portions of Arab society it ultimately created a wave of support leading to increased sales.

Julia also serves as the chairman of the Masira Foundation for Disabilities in Arab Society.