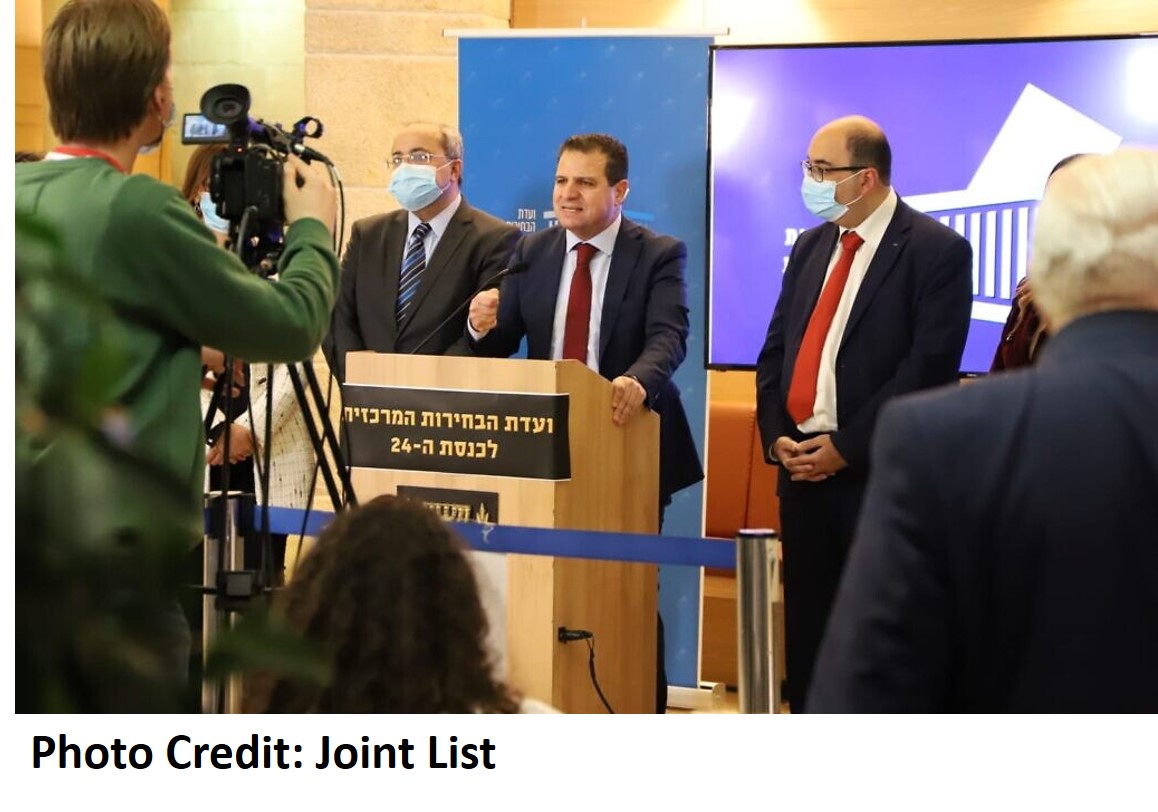 Thursday, February 4th, marked the deadline for registration of political parties running in March elections, setting the seal on any potential new political unions and ratifying others' splits. A total of 39 parties registered with the Central Elections Committee, but only about a dozen hold a real chance to pass the threshold and enter the next Knesset.

This election has seen unprecedented outreach by Jewish-led parties to Arab voters, resulting both in a high number of Arab candidates across political parties, as well as a splintering of the Joint List, which has represented Arab society in recent years. Therefore, while new Arab lists and candidates are entering the field, the overall representation of Arabs in the Knesset is expected to decrease.

The Joint List (the alliance of four ideologically diverse Arab-led parties) splintered due to internal tensions. Mansour Abbas' Ra'am (UAL - United Arab List), representing the religiously conservative Islamic Movement, will run on its own while the three other parties - Hadash (led by Ayman Odeh), Ta'al (led by Ahmad Tibi), and Balad (led by Sami Abu Shehadeh) will continue running together as the Joint List. A potential schism was predicted for several weeks, primarily due to Ra’am’s willingness to collaborate with Netanyahu and strong disagreement among Joint List parties regarding legislation on LGBTQ rights. Analysts predict that this development will decrease Arab representation in the Knesset, both due to a decrease in Arab voter turnout and because Ra’am may not gain enough votes to pass the 3.25% electoral threshold to enter the Knesset. The Joint List, which currently has 15 seats, is now predicted to win 9-10.

Ma'an (together), a new Arab party established by Mohammad Darawashe, is running in the elections for the first time with an aim to partner with center-left Jewish parties. It is not expected to gain enough votes to pass the electoral threshold.

From Likud, to Meretz, Jewish political parties have included Arab candidates on their lists, reflecting the shifting role of the Arab electorate in Israeli politics.  The parties made a range of choices regarding how high on their lists to place the Arab candidates, which determines the likelihood that they will actually have a seat in the Knesset following the election.