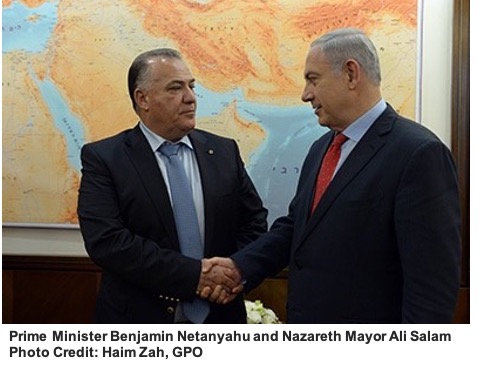 Following suit, nearly every political party left, right, and center, has reached out to Arab voters, with many adding or promising to add Arab candidates to their list. While PM Netanyahu’s political motives are widely debated, one thing is clear: taboos about Arab political inclusion and Jewish-Arab cooperation are dissolving.

That said, it is not at all clear that this unprecedented outreach will energize Arab voters or yield significant Arab representation. The Joint List alliance of Arab-led parties, which effectively thrust the overall Arab demand for such inclusion into the mainstream and drove up Arab voter turnout, has now splintered over primarily just how far such political cooperation should go—increasing competition for the Arab vote and decreasing each individual party’s chance to cross the electoral threshold.

Last November, before elections were called, MK, Mansour Abbas (from the religiously conservative Islamic Movement faction of the Joint List) surprised many by publicly warming ties with MK Netanyahu. MK Abbas has been upfront stating he would even consider voting to provide Netanyahu with immunity on his corruption cases if it would advance legislation for the Arab community, particularly action on violent crime.

For many in Arab society, cooperation with PM Netanyahu crosses a red line due to what Afif Abu Much calls “his whole career [of] incitement against Israel’s Arab population.” Yet a December survey by The Israel Democracy Institute index showed that a plurality of Arabs surveyed (41%) were in favour of pragmatic cooperation.

In recent years, burning issues in Arab society have also become top political priorities for Arab citizens—with rising crime, poverty and unemployment, and a housing crisis at the top of the list, superseding political concerns for Palestinian statehood. While significant government plans and budgets have advanced on some of these issues, disparities remain wide and little tangible progress is yet felt on the Arab street.

Though the four parties that comprise the Joint List have vast ideological differences—imagine “if Meretz, Yisrael Beytenu, United Torah Judaism and Bayit Yehudi ran together”— by and large, they have succeeded in working around to represent Arab society’s fundamental drive for more political influence.

Under Joint List Chair Ayman Odeh’s leadership, this drive coalesced around an increasingly vigorous call for a Jewish-Arab partnership that could flip the administration and give Arabs a seat at the national table, earning the Joint List an unprecedented 15 seats in the last elections. However, when Blue & White Chair Benny Gantz’ ultimately rejected Joint List support to form a governing coalition, Odeh’s strategy of aligning Arab politics with the wider Israeli progressive bloc was dealt a serious blow.

Without binding incentive to the Center-Left, ideological differences within the Joint List have grown more salient. If Odeh envisioned the future of Arab politics on the Israeli left, MK Mansour Abbas has since leveraged Arab frustration with both the Joint List and the Center-Left to pull it to the right.

Abbas’ strategy as chair of Ra’am can be equated with that of small ultra-Orthodox parties who don’t intend to represent the mainstream of Israeli society, but to have outsized influence through pragmatic coalitions.

Externally, meanwhile, Jewish parties across the political spectrum took note of Arab electoral power, not least PM Netanyahu. Campaigning in Arab society may very well garner Netanyahu much-needed votes in a tight race. In early January, polls showed the Likud “drawing 1.6 to 2.1 seats from Arab voters, or approximately 60,000 to 80,000 votes.” But Netanyahu’s strategy is thought to have additional aims. 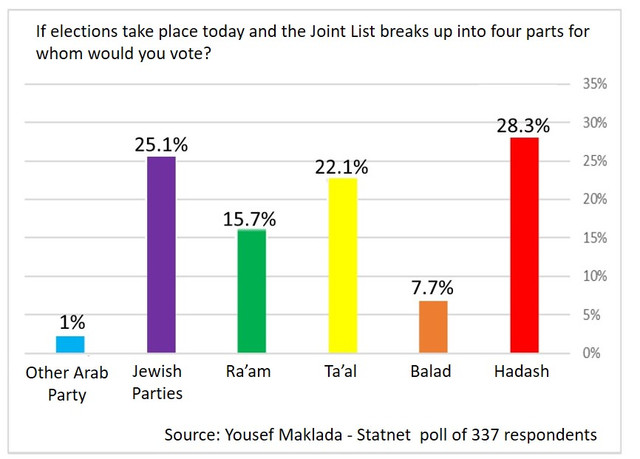 Before the Joint List dismantled, polls showed a low voter turnout of roughly 56% down from 65% last March—largely attributed to the Arab public’s disappointment with its internal disagreements and for being out of step with Arab public interests. Now, late January polls show more than 25% of that vote going to Jewish parties.

In the longrun, Netanyahu’s reversal on Arab society is seen as a rubicon that cannot be turned back. How it will unfold will undoubtedly shed light on the complexity, internal diversity, and new leadership in Arab society.

Gideon Sa’ar’s right-wing New Hope party declared its intentions to incorporate an Arab candidate on its list, as did Ron Huldai’s center-left ‘The Israeli’s.’ Yair Lapid’s centrist opposition party, Yesh Atid, announced it would explore adding an Arab candidate and would form a coalition with the Joint List given the opportunity. On the left, Meretz announced Ghaida Rinawie Zoabi as their number 4 candidate, and brought MK Essawi Frej back from number 11 to number 5.