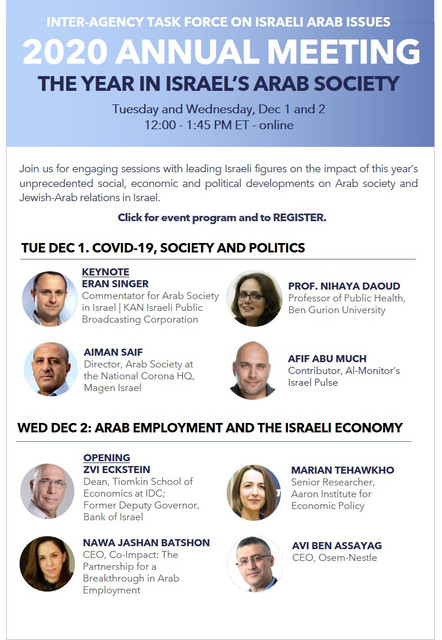 Eran Singer is Middle East Editor for Israel National Radio, covering events in the Arab world and the Arab population inside Israel. Over the last 17 years, Singer has covered all major events related to the Arab world, including the IDF withdrawal from Lebanon, the second Intifada, the second war in Lebanon, the Arab Spring, the rise of ISIS, and in recent weeks the events connected to the wave of terror in Israel now being called “the Knife Intifada.” Eran is host of “MerhaBet” (Merhaba and Bet), a highly rated radio show focused on the lives and concerns of Arabs inside Israel – political, domestic, financial, cultural, etc. The main goal of this show is to explain to Israelis not familiar with Arab language, culture and society about the lives of one-fifth of Israel’s population. Singer studied Arabic at both Haifa University and at Bar Ilan University and served using Arabic in Israeli army intelligence. He is a frequent guest on Arabic language satellite channels and Arabic Israeli radio and television. He was recently given the “Champions of Shared Society Award” by The Abraham Initiatives for his work on MerhaBet.

Prof. Nihaya Daoud is a social epidemiologist and a professor in public health. She is at the Public School of Health at Ben Gurion University of the Negev and the founder and director of the Center for Health Equity and Health Promotion at the Faculty of Health Sciences.  Prof. Daoud is a co-founder of the Fellow up Committee for Health of the Palestinians in Israel and the founder and director of the Public Health Associations for the Arab Society. Prof. Daoud research focuses on health inequities and policies for narrowing these inequalities among minority and low-income groups. She conducted national and international research for understanding the pathways for explaining health inequalities by class, gender, socioeconomic status and ethnonational identity and intersectionality between these identities. Her research among Palestinian citizens in Israel focuses on the root causes of health inequities, this includes residential segregation, violence against women and multiple forms of discrimination among men and women. Recently she studied the gaps in accessibility and availability of health services and trust in the Ministry of Health Directives during the Covid-19 crisis in different population groups in Israel. Prof. Daoud has served in different public roles and is an active partner in office and cross-office committees, among them she was the head of the National Council for Health Promotion under the Ministry of Health, a leading member of different committees such as, the Anti-racism in the Healthcare System, the committee for Improvement of Healthcare Services for the Palestinian citizens, the committee for Developing an Index of National Health Measures in Israel, and recently the consulting committee for the Covide-19 outbreak. Prof. Daoud is also a social activist and served as a board member for many civic organizations. Recently she co-founded the Follow-up Health Committee for the Palestinians in Israel, and she is the founder and director of the Public Health Associations for the Palestinian Society.

Aiman Saif is the Director of Arab Society at the National Corona Headquarters, Magen Israel. He is a partner in Portland Trust and leads significant projects, including the Economic Growth Engine in Sahknin Valley and Hasharon Cluster. Aiman previously served at the Head of the Authority for the Economic Development of Minorities in the Ministry for Social Equality. During his decade-long tenure, Aiman led development processes of unprecedented magnitude. In addition, he was responsible for implementing governmental decisions which included strategic and organizational planning, the establishment of an advisory committee for the authority, advancing the authority’s establishment and more. Aiman also advanced a variety of economic projects, such as a private equity fund for the private sector, projects promoting women’s employment, the establishment of the Kav Mashve (employment opportunities for Arabic speakers, employees and academics) joint venture, the opening of vocational counseling centers, the creation of MATI – the Galilee Business Development Center, and aid to potential investors. Aiman advocated Knesset legislation of an authority for the economic development of minorities and represented the authority in conferences and in the various committees that are related to the Arab society’s economic development. Aiman holds a BA in Economics and Business Administration from Bamberg University in Germany and an MA in International Planning and Development from Clark University.

Professor Zvi Eckstein holds a BA in Economics from Tel Aviv University and a Ph.D. in economics from the University of Minnesota. He is currently serving as Dean of the Tiomkin School of Economics at IDC Herzliya. He is also the Head of the Aaron Economic Policy Institute at IDC and Judith C. and William G. Bollinger visiting professor at the Wharton School of the University of Pennsylvania. He previously served as Deputy Governor Bank of Israel and he is emeritus professor of Economics at Tel Aviv University. Professor Eckstein is a Fellow at Econometric Society and gave the Walras-Bowley lecture at the Econometric society and served as editor of the European Economic Review. He was a lecturer in leading U.S. universities, including Yale, Carnegie – Mellon, Boston University and the University of Minnesota. Prof. Eckstein has won many prestigious academic and professional awards, published in leading economic journals, books by academic publishers and was a member of several professional committees on behalf of various government agencies.

Marian Tehawkho is a senior researcher at the Aaron Institute for Economic Policy, Interdisciplinary Center Herzliya (IDC) and a lecturer at IDC. Her research and teaching expertise are education and labor economics and applied econometrics, and in particular the Arab society in Israel. Prior to joining IDC, she worked as a Research Assistant in Samuel Neaman Institute for National Policy Research and taught at the Technion, Haifa University and Yezreel Valley College. She also serves as an outside director in Mei-Rakat Water Corporation. She holds a Ph.D. in economics from Haifa University, an MA in economics from the Technion and a BA in economics and business administration from Haifa University.

Nawa Jahshan Batshon is an organizational psychologist and CEO of Co-Impact - The Partnership for a Breakthrough in Arab Employment, an initiative dedicated to improving the rate and quality of employment of the Arab population in the business sector. As head of Collective Impact’s organizational consultant team, Jahshan has continued her efforts to promote diversity in Israel and advance Arab employment in the Israeli labor market. Prior to joining Collective Impact in 2014, Jahshan founded MAWARED Consulting Services, a company which provides consulting and organizational development support to businesses and non-governmental organizations. Last year, she participated in the “Co.Lab” social innovation incubator program organized by the United Jewish Appeal-Federation of New York, which brings together leading individuals working to tackle Israel’s greatest challenges.