On a monthly basis, the Israel Employment Service releases reports on national unemployment rates. Below are excerpts from the report relevant to Arab society.

As previously reported, by the IES, following the Corona crisis the national unemployment rates climbed to the highest numbers since the establishment of Israel (Hebrew). May saw an opening increase in unemployment rising to 27.5%(1,165,000 total registrants) and decreasing to 23.5% by the end of the month. Over the month, 35,400 Israelis became newly unemployed ('jobseekers') and 206,500 reported returning to work. The report then compared rates among different religious backgrounds, professions and locales: 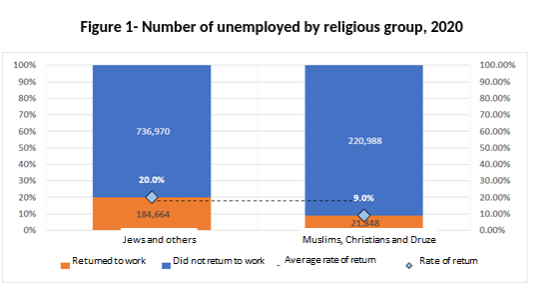