#More_Diverse_is_More_Professional | Government of Israel Re...

Israel's Civil Service Commission within the Prime minister's office is responsible for government hiring policies, has made diversity and integration of underrepresented populations a government priority. To ensure the civil service benefits from "the advantages that each population brings and their ties with the wider public in the state of Israel, and thus enhance[s] the quality of services to all citizens," the Commission track and advances diversity hiring within the government and as a national value.

The commission led the government's acknowledgment of the UN's World Day for Cultural Diversity for Dialogue and Development with a social media campaign, #diversity_in_any_policy. See the campaign and sample responses below.

In its 2019 report, Diversifying_Israeli_Civil_Service, the commission tracked diversity among government employees in 2018 and outlined major findings regarding Arab citizens and other marginalized populations in Israel. The report found that while Arab citizens make up more than 20% of Israel's population, only 11.7% of all civil service employees are Arab. Of these, about two-thirds serve in the Ministry of Health and in related government services. In mid-level and senior positions, diversity representation for Arabs, and all minorities, goes significantly down.

Over the Coronavirus crisis, two aspects of diversity employment emerged in the context of emergency response and recovery: (i) the importance of diverse representation in decision-making circles for effective implementation in each of Israel's communities, and (ii) concerns regarding the disproportionate job losses among already underrepresented groups.

The Civil Service Commission issued directives during the crisis to reinforce diversity principles within the government; the Director of the Diversity Department at the Civil Service Commission, Mor Barazani, published an Op-Ed with the Israel Democracy Institute's Oded Mor, (see here), and promoted a national social-media campaign on  to mark the United Nations' annual World Day for Cultural Diversity for Dialogue and Development,

In their continued efforts to promote diversity in 2020 and to mark the United Nations' annual World Day for Cultural Diversity for Dialogue and Development, Director of the Diversity Department at the Civil Service Commission, Mor Barazani, led the campaign, #diversity_in_any_policy. In her appeal, she asked Israelis to share what diversity means to them and how they will advance diversity throughout the year, also using hashtags #more_diverse_is_more professional, and #diversifying_civil_service. Many leaders in civil society, government and health sectors took part in the day and shared their thoughts on the importance of inclusion and efforts to bridge gaps and build trust.

The campaign garnered over 30,000 likes, 4,500 comments, over 600 posts, 400 shares and over 300 public figures and senior officials in the Israeli economy participated. 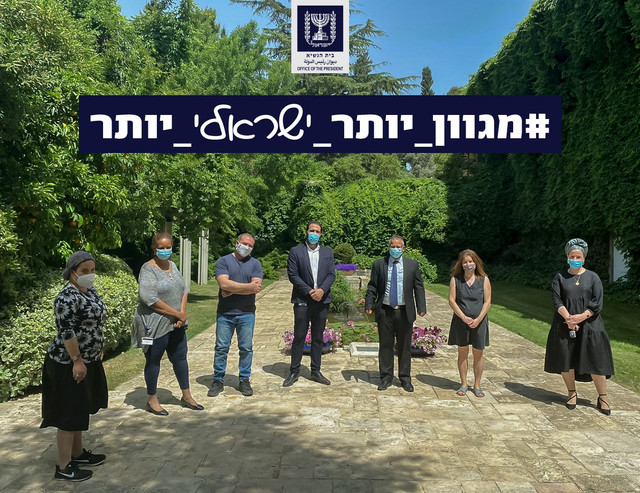 Israeli diversity is our asset, our source of strength. The Israeli success story depends on our ability to enjoy the inspiration, humanity, and creativity that grow from our encounters. 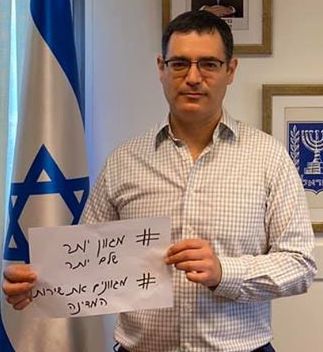 The health system represents the wonderful human composition of Israeli society. Side-by-side, they provide service to the entire population of Israel. No separation, no prejudice.  Professionalism, dedication, compassion, and human warmth, even in times of social distancing.

The Ministry of Health has always emphasized the importance of diversity, cultural adaptations, responding to the various voices and creating a whole that exceeds the sum of its parts. A system of people for people. In normal, emergency, or corona times. 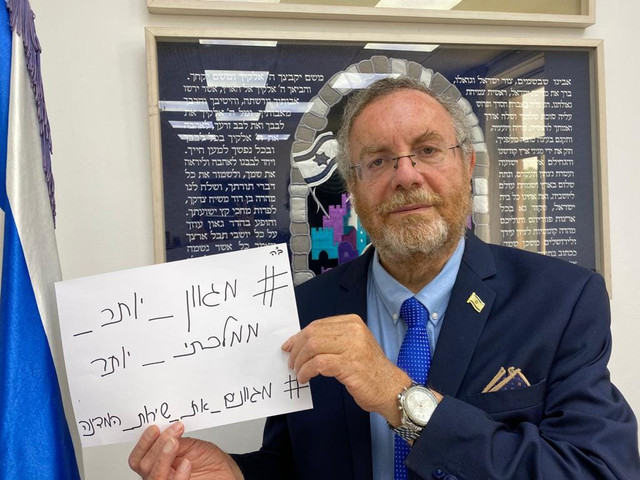 In the coming year, I intend to recommend that the government adopt representation targets for diverse groups and continue efforts to adapt the screening tests to the Israelis so that each candidate will be able to bring his unique talent and abilities.

Yair Heruti, Bedouin Society in the Negev Development Department at the Ministry of Agriculture 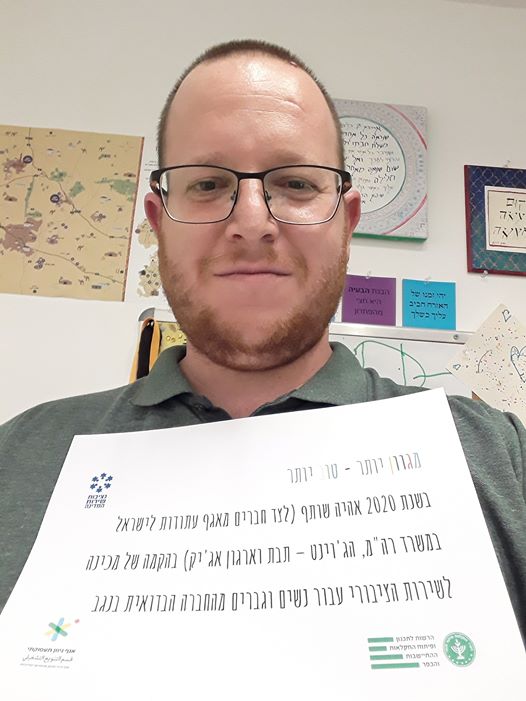 In 2020, I will continue to operate within the Social Economic Development Department of the Bedouin Society in the Negev, to promote the integration of this unique population in the culture, economics, and decision-making.

The Council for Higher Education 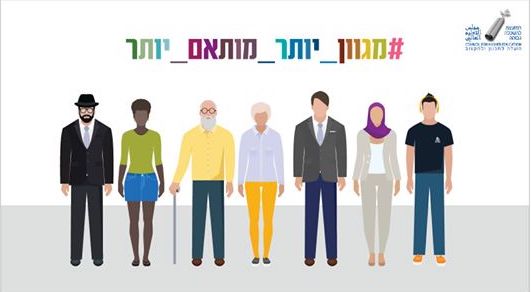 Access to higher education for a variety of populations is a key goal of our multi-year program. Diversifying students and researchers in academic institutions mean assembling a diverse and high-quality human mosaic. "Diversity keeps me busy - and not just me but all of our team on aChord Center - and especially the Employment team members who develop social psychology-based tools to promote a more diverse and equitable job market. And for my challenge to Diversity Day - what should we call these groups? Diversity groups is a name many members of those groups do not like. They demand, and rightly so, equality rather than diversity." 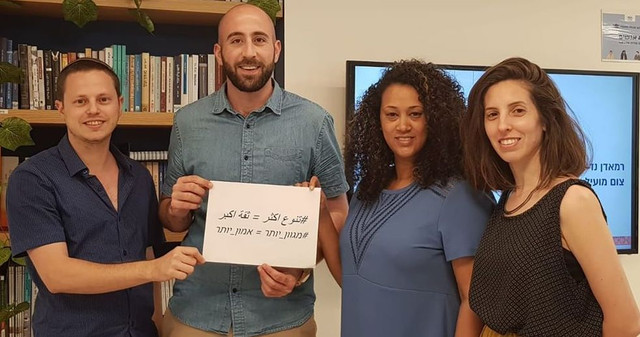 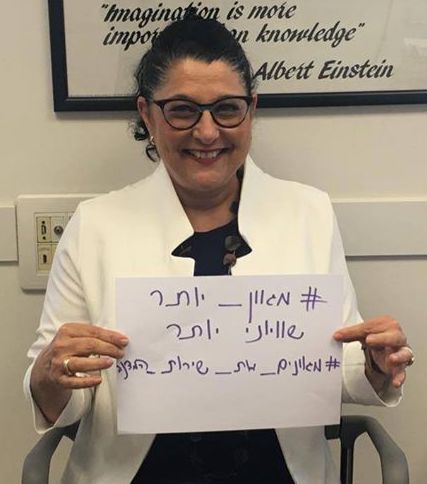 Public health is focused on fulfilling every person's full health potential. Accordingly, the basis for public health activities is the provision of an equitable service - to every person and every population according to their needs.

The service should be tailored to women, men, babies, toddlers, young people, and the elderly. For people with different cultural backgrounds and customs, for those who speak different languages and live in different places. 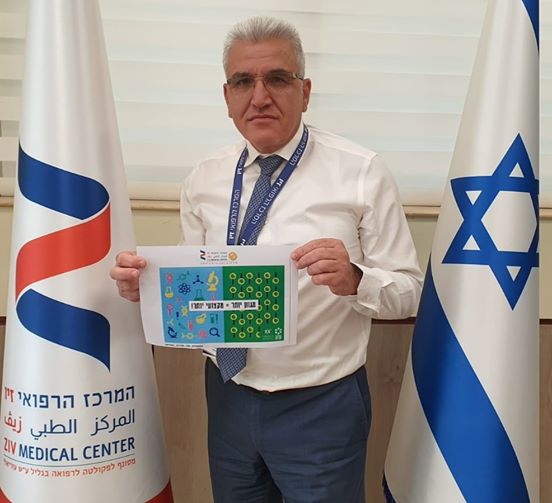 More diverse is:
-More professional
-Richer
-More interesting
-More complete
It is us…