On March 26, Blue and White chair Benny Gantz announced his intention to join PM Benjamin Netanyahu in forming a national emergency government due to the Coronavirus crisis. The move, which ends an unprecedented series of stalemate elections and led to the dissolution of Blue and White, also ended Gantz’s effort to form a minority government backed by the Joint List.

Only eleven days earlier, Gantz had been given the first mandate to form a coalition largely due to the recommendation of all 15 MKs of the Joint List of Arab-led parties—some of whom “went against our principles and the red lines we set for ourselves” to achieve the joint political aim of “remov[ing] Netanyahu and the right-wing government” and be an influential force in the Israeli political arena. In the following days, the Joint List continued making headway on the road to greater political participation as two MKs, Abbas Mansour and Aida Touma Suleiman, were selected to head significant Knesset committees and two others to lead subcommittees. 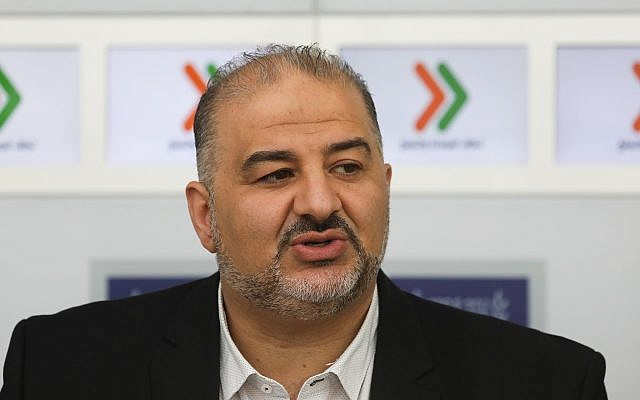 These measures have received widespread support among the Arab public - a poll (Hebrew) conducted by an Arab TV channel in collaboration with PANET website a week after the election revealed that 73% want to see the Joint List take part in a minority government, even if as outside supporters. As Haaretzjournalist Odeh Bisharat wrote (Hebrew), “The average Arab citizen felt that he was part of the dramatic change in Israel”.

Now with a Gantz-Netanyahu government in the works, political analysts and activists are weighing the extent of the damage to the Joint List and efforts to increase Arab citizens’ political influence.

Following the national emergency government announcement, Joint List leaders expressed anger and disappointment and a need to ask forgiveness of constituents for making a move (recommending Gantz) that can be seen as having backfired. Chairman Ayman Odeh tweeted: "We won't lend a hand to a government headed by Netanyahu. Blue and White should decide whether they want to win together or capitulate alone." MK Ahmad Tibi and MK Yousef Jabareen and the Joint List’s official statement promised to continue fighting as the opposition. 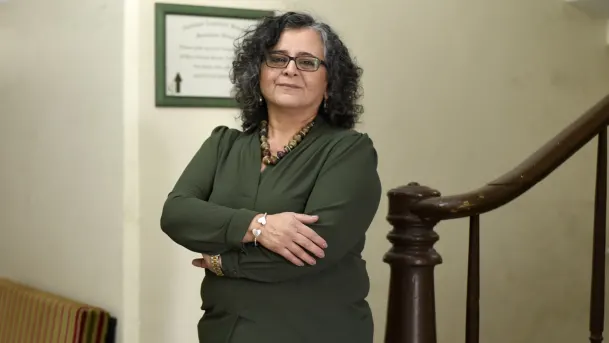 While some left-wing leadership, like Meretz chair, Nitzan Horowitz, criticized the move for the missed opportunity of Jewish-Arab partnership, much of the focus among political leaders beyond the Joint List has been on Gantz’ breaking his promise not to serve in a government headed by Netanyahu. Druze MK Gadeer Mreeh, the only non-Jewish MK in Gantz’ “Israel Resilience” faction of Blue and White, left the faction stating: “I came to politics to replace the racist, divisive government that passed the Nation-State Law and not to join it!"

In addition, a group identified as “center-left voters” posted an ad on the front page of "Haaretz" with an "apology" to Arab citizens. The ad was published in Hebrew and Arabic under the heading "We want to apologize to you, the Arab citizens of Israel, for Benny Gantz and his people's disregard of your outstretched hand." The authors also emphasized that according to recent poll by aChord, 81% of center-left voters supported the establishment of a minority government supported by the Joint List (72% of Blue-and-White voters and 95% of Labor-Meretz voters).

“There’s no doubt that Gantz’ joining the Likud government caused great disappointment among the Arab public,” explained  Bisharat in conversation with Al-Monitor. “The voting rate in the Arab community rose because [voters] believed they have an opportunity to impact the political map in Israel.” Columnist Shlomi Eldar asks if Arab citizens will ever return to the ballot box (after turning out at a 20 year high of 65%) writing that “the frustration and disappointment they feel now will be with them for a very long time.”

Arabs “want leaders of political parties to count them and count on them, and this is what many of us believed was happening with Gantz” explained The Abraham Fund Initiatives’ Thabet Abu Ras. “We thought we would wake up to a new era of Arabs and Jews working together for a new future, and now it feels like all our hopes have been dashed.” The feeling now, as shared society activist Rodayna Badir describes it, is that “we are all just pawns in this game the Jews play among themselves.”

At the same time, “[i]t’s not like anyone really believed Benny Gantz would be the big salvation for Arab society,” according to Dr. Ayman Agbaria at the University of Haifa. For many, like Mossawa director Jaafar Farah, “Gantz did not offer any political, economic or cultural alternative to Netanyahu.”

In an interview published on Bokra (Arabic)—a popular online Arab news site—several Arab political and public personalities asserted that expectations of Gantz were actually quite low. As former MK Taleb el-Sana (Ra’am Ta’al) stated, many suspected Gantz “was using [the Joint List’s] recommendation to strengthen his negotiating position with Netanyahu towards the establishment of a national unity government.”

“No one [in Arab society] liked the three chiefs of staff leading the Blue and White party, and especially not Gantz, who prided himself on his massive attacks on Gaza,” explained an Um El Fahm resident to Al Monitor. “Nevertheless, the calculation was that if the Joint List … would support the Blue and White party and Labor-Meretz, there is a chance that we could stifle the incitement, which had tried to depict the Arabs as supporters of terrorism.”

Still, a number of analyses point to sustainable gains made over this period for Arab political aspirations. Ron Gerlitz, Executive Director at aChord, writes of the Joint Lists’ recommendation: “It wasn't a mistake! It was a brave step of leadership” which only strengthened growing Jewish public support for political partnership with Arab citizens—a watershed that cannot be undone. Pollster and analyst Dahlia Scheindlin agrees: “Gantz crushed [their] hopes; but the Joint List did not make a mistake.” Arab citizens of Israel are on a journey, she writes, and the party’s actions mean “Jewish citizens can no longer dismiss the Joint List, or Arab-Palestinian citizens in general, as agents who help shape Israel’s executive power.”

Various Arab politicians and academics also share this view. According to MK Tibi, "What happened broke a barrier and pushed for more legitimacy of the Arab public". "For the first time, a crack has been created in the political arena for the option of cooperating with the Arabs," added Dr. Hunaida Ghanem, an Israeli-Arab sociologist and anthropologist and the director of the Madar Center for Israeli Studies in Ramallah.

In the immediate future, there may be tangible gains as well.  MK Tibi, for example, believes that repeal of the Kaminitz Law—which exacerbates punishment for unauthorized construction and was a condition the Joint List had previously placed for their support of Gantz—will proceed. Givat Haviva’s Mohammad Darawshe believes that a unity government will be more centrist and less likely to pass divisive legislation targeting the Arab community.

Others see the possibility of an Arab minister being named as part of the agreement between Netanyahu and Benny Gantz—a suggestion that was made by Labor chairman, Amir Perez a week before the elections and has since been echoed by Gantz (Hebrew), as well as prominent center and right-wing political analysts, Ben-Dror Yemini and Amit Segal.